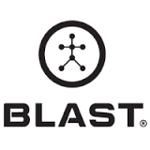 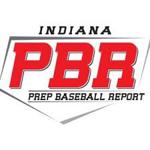 Brian Blondell, Director of Player Operations, will also be the 17U Select Field Manager, is a 1998 graduate of Bethel College, and was an NCCAA All-American during his junior and senior years as a pitcher. After completing his collegiate career Brian coached at South Bend Washington High School as the Head Assistant. He left Washington after four years to become the pitching coach at Bethel College where he groomed 2 pitchers selected for All American honors, one who was a 2nd Round Draft Pick in the MLB draft and is now in the Majors pitching for the Cleveland Indians. The Bethel team posted a school record 44 wins that season. In 2005, Blondell took the head coaching position at South Bend Riley, and held that for two years, before leaving to become the Pitching Coach at South Bend St. Joseph’s for 5 seasons and helping to lead the Indians to 1 Semi-State Appearance and 3 Sectional Titles. Blondell in 2013 took over the Holy Cross College Baseball team and led them to a 2nd place finish in the Chicagoland Athletic Conference, where he has had Jake Lanning drafted by the Atlanta Braves Organization in 2016.  After Holy Cross decided to end its baseball team in 2016, Blondell would be the individual chosen to start college baseball at Indiana University South Bend.  Blondell led the Titans to a 24-26 season in his only year with the Titans.  Currently Blondell is the Head Assistant Coach at Elkhart Memorial HS.   Other Experiences: 5 years working at the University of Notre Dame Baseball Camps 5 years as the site director for the Midwest Baseball Winter Camps Selected as a coach for the Crossroads Classic for top Juniors in the State of Indiana (June 2010 & 2011). In 2007 was Committee Director for the Selection of the 2007 North All-Stars for the IHSBCA. Active member of the IHSBCA and ABCA for 10 years, and President of Elite Baseball Tournaments, that hosts the 15U Elite Baseball World Series. Other: Brian is married to the former Christi Whitfield a standout volleyball player at Mishawaka HS (2x State Runner-up), who then went onto Bethel College to play Volleyball, where she was on the 1998 NCCAA National Championship team 3 kids: Alexis (17); Bryce (16); Brenden (12).

Doug begins his 3rd season with the Scrappers Organization.  Doug is the Assistant Baseball Coach at Goshen College in Goshen, IN.  Doug brings a wealth of knowledge to the organization.

Brian begins his 3rd full season with the Scrappers in 2019.  Jordan was the Head Coach of the Indiana Dirt Devils prior to coming over to the Scrappers Organization.  The Dirt Devils experienced tremendous success on the field with BPA World Series Championship and Runner Up finishes.

Mason begins his 2nd year as a Scrapper Head Coach.  Mason is currently a Senior at Bethel College and comes to us from Illinois where he played HS baseball.

Todd will begin his 2nd season with the Scrappers Organization after a successful stint with the Penn Park Jr Kingsmen.  Fizer brings a wealth of baseball knowledge as he was a member of the Penn High School 1994 State Championship team.

Mike is entering his 6th year with the Scrapper Organization.  After assisting John Traxler  and the 12U Black for 2 years with his older son Carter, Mike was chosen to become the head field manager for the 9U and his son, Brady.  He also has a daughter, Ava, who plays on the 8U Scrapper softball team.  Mike is currently teaching middle school social studies for Bremen Public Schools, but has taught for 10 years at Niles Community Schools and worked 2 years as an administrator at Xavier School of Excellence in South Bend.  In addition to coaching baseball, Mike has 9 years of boys basketball coaching experience from the middle school level to serving as a varsity assistant.

Keith begins his 3rd season with the Scrappers Organization.  Keith will be a tremendous asset to our younger players as he spends a great deal of time on the development of each athlete.

This will be Ryan's 2nd season as a Scrappers manager after spending the 2017 season as an Assistant Coach.

Rerick will begin his 5th season with the Scrappers Organization.  Rerick started with a 7U team and has built his team into one of the better teams in Northern Indiana.

Travis will begin his 3rd season with the Scrappers Organization.  In 2017 Baird was the Head Coach of the 9U team that will be 10U in 2018.  Travis has a long history of coaching at the youth levels and brings a great deal of energy to the game of baseball.

Donnie will be in his 2nd season with the Scrappers after leading the 8U team in 2018.  Donnie although a NY Yankees fan, brings a wealth of knowledge to the game and on the fundamentals side.